At Slickdeals, we work hard to help you find the best deals. To do this, some of the products featured here are from our partners, who may provide us with compensation. However, this doesn’t influence our opinions. Our views are our own.

The MEK MINI is an attempt by ZOTAC to sidestep those compromises, at least as much as is possible. It’s a small form factor piece of kit powered by almost entirely desktop parts in a reasonably attractive package. And somehow, it’s also offered at a price that doesn’t seem wildly over the top.

Aesthetically, the MEK MINI successfully straddles a line between ostentatious and understated. It’s just slightly anachronistic in its aggressive diagonal lines and somewhat curved upper surface, but this is kind of useful, practically speaking.

The bulk of the MINI’s heat dispersion vents toward the top of the case. And unlike some full-sized towers, I don’t think you’d want to stack anything on top of it. In fact, you might not want to put it in a closed cabinet or other tight space. Under higher loads, the MEK MINI put out quite a lot of heat. It wasn’t especially concerning, but it’s definitely worth taking into account when determining where to set it up.

In 2019, no PC can claim to be built for gaming without some colored lights prominently featured on the case. While this can get cheesy fast, I like the tactic ZOTAC takes with the MEK MINI. The color is clear, but the light output almost feels restrained. It’s also customizable courtesy of the included SPECTRA app. This isn’t a box out of Tron: Legacy — it looks more like a piece of armor out of BioWare’s recent release, Anthem.

This is a roundabout way of saying I wouldn’t be embarrassed to have the MINI out in the open in front of a non-gaming audience. It’s a nice looking system, and not that much bigger than a game console, footprint wise.

Unfortunately, there is a wrinkle to go with that size. Like many desktop replacement notebook PCs, the MEK MINI has a fairly substantial external power supply. In fact, it has two of them. You’ll want to make sure you have the outlets around to accommodate this idiosyncrasy. On the bright side, this should ensure the system’s performance isn’t compromised by power constraints that force the GPU to run at lower speeds under high load. That means better, more consistent game performance.

I opened the MINI to take a look at how it was all laid out, and was generally happy with what I found. The left side opens using a slide/groove setup, along with a locking catch on the rear of the case near the back panel. Getting this panel removed went smoothly, though getting it back on felt a little fraught.

Inside, there’s easy access to hard drives and RAM. If you want to get to the GPU, you’re going to have to do some more disassembling, but we’ll discuss that more in a moment.

As reviewed, the MEK MINI came with 16GB of DDR4 RAM benched at 2667MHz, installed in two SO-DIMMS (small outline dual in-line memory modules) of 8GB, rather than four 4GB sticks. This leaves space to upgrade the RAM even more without having to replace everything.

The included M.2 drive is very fast. At 256GB, it’s only got enough space for a limited number of games, but ZOTAC has conveniently included a second, 2TB platter-based hard drive. Prices on non-M.2 SSDs are dropping every day, and it’s comparatively simple to upgrade ZOTAC’s base kit. Once you open the case, you can disconnect the secondary drive by loosening a couple of screws.

Port-wise, I was pleasantly surprised by the MEK MINI’s offerings. It’s got five USB 3.1 ports — four on the back, and one on the front, along with a USB-C port on the front of the chassis. There’s also an SDHC/SDXC card reader in front, which I appreciate as someone who uses a DSLR. We’re rapidly moving past both PCs and notebooks including this kind of feature, and I’m happy to hang on to it just a little bit longer.

For networking, the MEK MINI borders on overkill. The wired LAN uses Killer’s E2500 controller, providing dual ports. The wireless radio features 802.11AC with dual antennas. This should be more than enough for most gamers’ networking needs.

A Mini PC With a Full-Sized GPU

The MEK MINI I reviewed came equipped with a NVIDIA RTX 2070, which is, admittedly, a somewhat older card. Still, it’s more than enough to run big games on very high settings at 1440p or lower resolutions.

This is a full size, desktop GPU, which is good news for a couple of reasons. I got good-to-great results when testing games like Battlefield V on high settings with ray tracing at medium quality (which makes the game look leaps and bounds better than it otherwise does). I also managed to get a reasonably stable 60fps in Remedy’s Control at an upscaled 4K via DLSS with every ray traced effect enabled, save for ray traced particles (a setting currently bringing almost every RTX card to its knees).

If I had to recommend an RTX card today, it would be either a 2070 or the new 2070 Super. However, the latter bumps the power draw up quite a bit for a 10% to 15% performance boost. Overall, the 2070 Super hits a good middle ground between the ray tracing performance I want and the price I’m willing to pay.

The MEK MINI’s case is built to accommodate that full-size card, or any other full-size card — assuming those cards fit in the MINI’s 10.2-inch chassis. While the MEK MINI as reviewed included a GTX 2070 from ZOTAC, it doesn’t appear to be ZOTAC’s retail GPU, which is just over 10.5-inches in length. Other RTX 2070s and 2070 Supers are the same or bigger, and the more powerful flagship versions of NVIDIA’s or AMD’s GPUs also won’t fit into the system —  2080s, for example, start around 11 inches and get bigger from there.

While this does limit your options some, I wouldn’t consider it a dealbreaker. It’s just part of the compromise you’ll have to make for a mini-PC. You still have the ability to upgrade the GPU later down the line, and for now, a 2060, 2070 or NVIDIA’s Super updates are all pretty great options for most PC gamers.

On the CPU front, the MEK MINI is packing a Core i7 8700, a six-core, 12-thread processor more than capable of handling just about any game you could throw at it. This is an eighth-generation Intel processor, so we’re now a couple of processor generations behind, but the performance gains an i7 9700 grants are minimal for all but the most demanding gaming and video editing tasks.

Should You Buy the MEK MINI?

It would be difficult to build a system exactly like the MEK MINI, but you could try. The Core i7 8700 retails for around $350, and a RTX 2070 goes for $400 to $450. With the case, motherboard, hard drives, memory and power supply, you’d be looking at around another $725 in costs. Depending on what discounts you find for the MEK MINI, the premium you pay for not having to build the system yourself while also getting ZOTAC customer support isn’t asking a lot.

It may be difficult to find the MEK MINI in the configuration I tried, but I’ve seen retail prices of around $1500, which feels very reasonable. You can find a Core i5 version with a 2060 Super for $1299.99 at the time of this writing. This model will have similar, but slightly worse, performance. However, if you’re not doing a lot of video editing, I doubt you’ll miss the Core i7 much at all.

At these prices, the MEK MINI is hitting a very competitive mark. Some of the features might seem esoteric or excessive, but they lead to an overall sense of quality and thoughtfulness. I like that the MEK MINI’s networking component uses a well-regarded controller. It’s also great that it has an SD slot and that it features a pair of hard drives.

There are lots of other options, but few offer the same bells and whistles (not to mention form factor advantages) that ZOTAC does here. And combined with its upgradeability, the MINI makes a great case for itself. Ultimately, more than many other small form factor gaming PCs, it doesn’t feel like you’re settling for less with the MINI. Instead, the package feels remarkably whole, and it was easy for me to forget I was even using a small form factor PC.

Be sure to set a Deal Alert to be notified of special offers and price drops on the MEK MINI as soon as they are posted!

Not a Good Fit For: 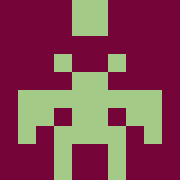 Arthur Gies has been writing reviews of things ranging from laptops, to video games, films and more for over a decade, and is pathologically fixated on determining what the best possible buying decision might be in any given situation. He's worked at IGN, co-founded Polygon.com and has had bylines in the Washington Post, Rolling Stone, Variety and more.

Vacationing in NYC is Way Less Expensive Than You Think

The Best Robot Vacuums of 2020

Yes, You Need a Momcation: Here’s How to Do It on the Cheap