Available Colors:Note, new Google Shopping customers may save an additional 20% Off (up to $20) their first order w/ promo code JANSAVE20.
No Longer Available: 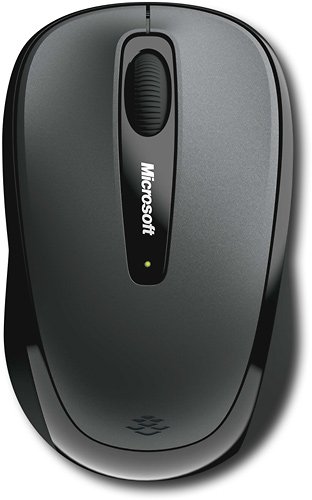 tunabreath posted this deal. Say thanks!


Add Comment
Reply
Created 01-10-2020 at 06:17 AM by tunabreath
in Mice (6) Get Best Buy Coupons
If you purchase something through a post on our site, Slickdeals may get a small share of the sale.
Deal
Score +82
46,041 Views
$10
$29.95
See Deal
Don't have Amazon Prime? Students can get a free 6-Month Amazon Prime trial with free 2-day shipping, unlimited video streaming & more. If you're not a student, there's also a free 1-Month Amazon Prime trial available.
Want more deals like this? Create a deal alert for Mice.
Add Deal Alert for Mice

This comment has been rated as unhelpful by Slickdeals users
Joined Nov 2010
L5: Journeyman
614 Posts
57 Reputation
01-15-2020 at 02:54 PM #46
The Logitech BT mice are so good nowadays, why use a USB port for the wireless dongle, especially in laptops which have so few USB-A ports nowadays.
Reply Helpful Comment? 0 0
This comment has been rated as unhelpful by Slickdeals users
Joined Jul 2004
L8: Grand Teacher
3,791 Posts
201 Reputation
01-15-2020 at 07:47 PM #47
The BT in my Logitech MX Anywhere 2S mouse is CRAP! It wont work with any WiFi/BT card. It wouldn't work with ANY BT USB dongle I tried. A year later, it worked with one dongle that it never worked with before. It still didn't work with any other dongles or cards. I don't recall if the dongle it worked with was BT4 or BT5. Logitech told me it would only work with BT5 with the latest some addition part of BT that may not have been in the orginal BT5 release. Odly, a friend of mine has the same mouse and he uses it with BT4 which Logitech says is impossible. Isn't anyone there curious how that works and wants to examine his mouse. They could make their mouse work with BT4 without paying any license and reach a broader customer base.

I contacted Logitech tech support and they're the worst tech support department I've ever worked with. They provided no solution. Their manager apologized for his techs' incompetence, rudeness and lack of basic communication skills. But, HE didn't offer a solution either. It was under warranty. it was brand new. I bought it directly from them. Now, a year later, the one dongle that was working has since been damaged. It works if you're gentle with it but I gave it to my brother since it's the only dongle that works with his BT stereo receiver. I contacted Logitech again and got a decent tech with good communication skills and he actually wanted to help and treat me like a customer. However, there's nothing he could do. He did ask for info I already gave him. That was odd. He said he's escalated it to "better, higher-level tech" who will contact me. It's been several days and no one has contacted me.

There is no solution for this mouse except to destroy it and send me a replacement. It's amazing that the manager didn't swap it out a year ago. He instead left me hanging with a doorknob of a mouse I wasted my money on. I manage domestic and international TS for a networking communication company. I also do some engineering and QC work and deal with all sorts of people of various levels of skills, competence and attitudes. I try to accommodate everyone and not fire anyone as long as they do their best and don't waste customers' time or embarrass the company. If they worked at my company, the manager and techs I dealt with last year would be fired. The tech I dealt with recently would be instructed to check what he emails customers as to not request info he's already been given and not simply send out canned responses. I know, I know everything is money, who's available to hire and too many customers to deal with. But, usually, techs don't respond to the several hundreds I had to support every day plus all the big companies and their reps I dealt with for major contracts as well as technology development R&D. Shortly after I started my way up the ladder, the techs behind me dropped their daily customer count down to a paltry number. Their quality lacked and they constantly needed help to solve the simplest problems.

They can't fix the BT in my mouse over the phone. They NEED to replace my mouse! It's simple customer service and common sense. Test one in the T.S. Department and send it to me.
Reply Helpful Comment? 0 0
Page 4 of 4
1 2 3 4
Join the Conversation
Add a Comment

Your vote will help the community find the best deals.

Yes No
Thanks for the vote!

Thanks for supporting our community!

Giving Reputation Points is a great way to show your appreciation for their work.

How to Pick the Perfect Computer Monitor for Work Productivity

Clack to the Future: A Comprehensive Guide to Finding the Best Gaming Keyboards of 2020

The KEMOVE 66/64 Wireless Keyboard Is a Modder's Dream
Copy Code & Open Site More Deals from
Did this coupon
work for you?
Copy
Link Copied to Clipboard