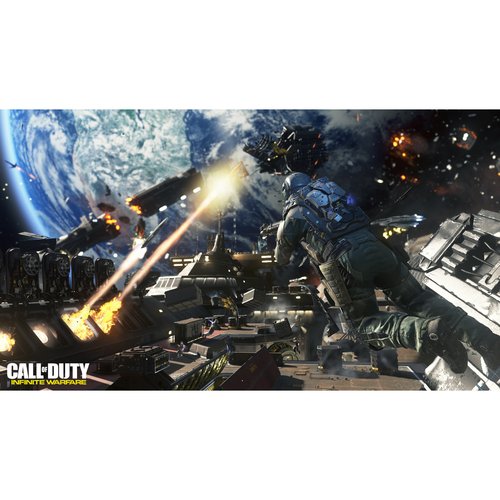 They tried to make it feel like a Mass Effect game with the non-linear planets, hub ship to walk around between missions, etc. but skimped so much on the story and campaign length that it failed at that.

Also, a large amount of the gameplay here is comprised of ship-to-ship space battles, so if you'd prefer your COD's to be mostly on-foot you'll be disappointed.

Reply Helpful Comment? 0 0
This comment has been rated as unhelpful by Slickdeals users
Joined Jun 2015
L5: Journeyman
859 Posts
122 Reputation
01-20-2020 at 08:26 AM #8
I just got done playing the campaign... Purchased on prior SD deal and had been sitting in backlog. Anyway i thought it was a great game and brought new elements to the tried and true cod game play. If you have a one x, it looks great in 4k. Don't be fooled by the haters it's good! SpaceForce all the way!!!
Reply Helpful Comment? 0 0

Your vote will help the community find the best deals.

Yes No
Thanks for the vote!

Thanks for supporting our community!

Giving Reputation Points is a great way to show your appreciation for their work.

MLB The Show 20 — Pre-Order Deals, Discounts and Exclusives
Copy Code & Open Site More Deals from
Did this coupon
work for you?
Copy
Link Copied to Clipboard